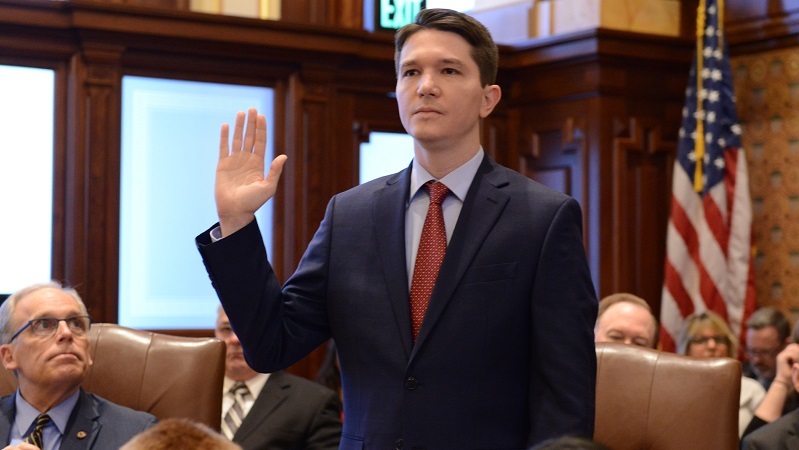 A bill aimed at making it easier to recruit teachers for the state’s public school system is now under consideration in the House after unanimously breezing through the Senate.

Filed by state Sen. Steve McClure (R-Springfield), Senate Bill 3027 is designed to smooth the transition of teachers making the jump from private to public schools.

“Right now, for a teacher to switch from a private school to a public one, they fear their years of private teaching are lost when it comes to their retirement credit,” McClure said. “This creates another challenge for our public schools who are already struggling to recruit good teachers in the midst of a statewide teacher shortage.”

Under the guidelines of SB 3027, teachers would have the option of paying into the system as a way of paying off all pension contributions for up to two years of private teaching, provided the private school they taught at was certified by the Illinois State Board of Education. Teachers would have until June 30, 2021, to formally buy into the program.

“This bill would help public schools and their teachers at little to no cost to the taxpayers,” McClure added in a post to Facebook.

Elected to represent the 50th District in 2019, McClure has made education one of his signature issues since arriving in Springfield, sitting on the Senate’s Higher Education Committee where he also serves as minority spokesperson.

Since moving to the House, SB 3027 has gained the support of state representatives Daniel Didech (D-Buffalo Grove) and Norrine K. Hammond (R- Macomb), both of whom are serving as co-sponsors.

Want to get notified whenever we write about Illinois State Senate ?

Sign-up Next time we write about Illinois State Senate, we'll email you a link to the story. You may edit your settings or unsubscribe at any time.