AFSCME members could lose their jobs in a strike, labor attorney warns 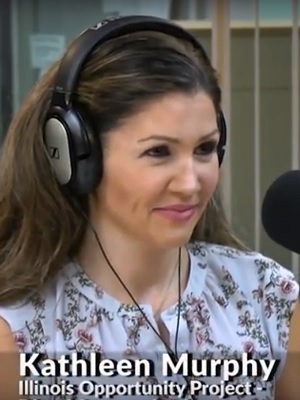 Should members of Illinois' largest public employee union decide to strike, they might work-stop their way out of their jobs, a conservative think tank labor attorney said during a recent interview.

Illinois' Republican Gov. Bruce Rauner has options in the face of a possible strike by the American Federation of State, County and Municipal Employees (AFSCME), Illinois Policy Institute labor attorney Mailee Smith said during a recent edition of the radio show "Illinois Rising."

Those options include bringing in replacement nonunion workers, traditionally known as "scabs," should the Illinois Labor Relations Board decide such a strike is illegal, Smith said.

"He can replace striking workers," Smith told "Illinois Rising" co-host Patrick Hughes, co-founder of the Illinois Opportunity Project, and Illinois Opportunity Project director of communication Kathleen Murphy. "If the labor board were to determine that this strike is unlawful, he could actually fire workers who are striking. And even if this strike is lawful, even if AFSCME has a right to go forward with this strike, Rauner can replace these workers and they may not have a job to come back to. Because, under Illinois law, those striking workers can come back only if there's a place for them. And if those positions have been filled with other workers, then there's no vacancies and they're out of a job."

AFSCME began its strike authorization vote on Jan. 30, and the vote was scheduled to run through Feb. 19. The secret ballot vote -- open to all AFSCME members not in security-related jobs who aren't permitted to strike -- is unprecedented in Illinois history. The almost 30,000 union members in 711 work sites across the state are being asked for strike authorization if no agreement is reached with Rauner's office.

"A strike vote does not mean that a strike will happen immediately," Smith said.

Instead, the union members are being asked about strike authorization.

"What that means is that, if they vote to authorize a strike, that means the majority who voted authorized AFSCME leadership to call a strike, should they decide that that's necessary," Smith said.

A "yes" vote will give union leaders the option to call a strike down the road.

"That doesn't necessarily mean that they will do so," Smith said.

The state's contract with its union employees expired on July 1, 2015, and the negotiations for a new contract have been contentious. Talks were unanimously declared an impasse on Nov. 15 by the Illinois Labor Relations Board, three of whose five members were appointed by former Gov. Pat Quinn, a Democrat.

The impasse was considered a win for Rauner because it meant he could impose his most recent offer. However, his efforts to do so were thwarted by the union's decision to file an appeal  for an injunction with St. Clair County Circuit Court Judge Robert LeChien, which he granted.

About three dozen Illinois lawmakers called talks to resume, but the board's ruling essentially left the union with three options: hope the impasse ruling would be overturned on appeal, acquiesce to Rauner’s final offer or call for a strike.

Last month, AFSCME issued a new proposal that it said would end the long stalemate. Under that proposal, the state's public employees would go without base wage increases for four years and 2-3 percent increases in health insurance costs through 2019.

"Unfortunately, rather than welcoming these more-than-reasonable terms, and working to chart a new course to a fair settlement, the governor is still refusing to make any compromise whatsoever," the union said in its strike authorization vote announcement Jan. 30. "Within hours of receiving the union’s letter regarding the new framework, he dismissed its terms as 'superficial' and wildly exaggerated their potential cost to the state."

Murphy countered that the union’s demands are not practical.

"Their demands are about two sandwiches shy of a picnic," she said during the same "Illinois Rising" episode. "They want 29 percent wage increases; they want to work 37.5 hours a week; and after that, it counts for overtime. Benefits, five weeks of vacation."

What the AFSCME is asking for its members in Illinois is not in line with what private sector employers pay their workers, according to Murphy.